The Rock and Zac Efron are currently in production on the upcoming Baywatch movie, and they're defintely looking the part.

While the two men have been known for their rock hard bodies for years, they seemed to have stepped up their game while filming the reboot and are looking absolutely amazing in their swimsuits as they continue to film in Florida.

"Me: 'Look like a beach bad ass for the picture.' Hobbs: 'You didn't cast me in #BAYWATCH so go f*ck yoursef,'" The Rock wrote in the caption of the photo below, which shows off his impeccable abs and muscular arms.

Also on Instagram this week, The Rock welcomed pop star Belinda to the Baywatch cast with an official announcement to fans, which read, "Kaboom! Welcome the Queen of Latin Pop herself @belindapop to #BAYWATCH! Had a great day of rehearsals with her and tomorrow we'll be ready to rock and roll."

"She's already a massive music star who could easily 'settle' with her success, but she's hungry and focused to expand, grow and succeed globally. I dig it! Aaaaaaaand this chick is very funny and is playing the perfect role in our movie," he added.

Continuing on with the steady stream of body shots, which have been continuously shared since filming kicked off, was a photo by Efron.

"Nothing like a little #NinjaWarrior training to start the day," Efron wrote in the caption. "Months and months of training for this moment... Bring it on @therock let's do this ALL DAY baby! #Baywatch #nowiresneeded." 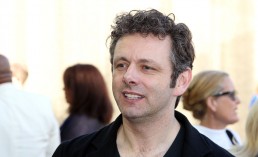 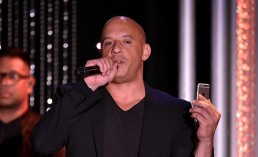 'Fast and Furious 8' Spoilers: What We Know So Far About The Furious 7 Sequel [VIDEO]