Justin Bieber and Marilyn Manson have settled their differences.

Last year, Manson appeared to call out Bieber on Twitter after seeing that the 22-year-old singer had been spotted in one of his t-shirts.

Preach. Where are you now? Church. pic.twitter.com/UHRXq1vfHw

Following Manson's posts, many fans accused Bieber of being detrimental to Manson's rocker image, and even suggested he didn't actually know who Manson was. However, regardless of how Manson took the t-shirt at the time, he has since made it clear that he has no problems with The Biebs.

On Friday, along with the caption, "Bigger than Bieber," Manson shared a photo of himself supporting Bieber by wearing his t-shirt.

Days later, Bieber and Manson were spotted enjoying a night out together in Los Angeles, and during their outing, Bieber shared a joint selfie of them on his Instagram page.

Within 24 hours, the photo shared by Bieber received nearly 2 million likes and over 36,000 comments.

Bieber is currently in the midst of his Purpose World Tour, which kicked off earlier this month in Seattle and is slated to conclude on Nov. 29 in London. Over the weekend, the tour took Bieber to Los Angeles' Staples Center, where a number of celebrities, including Jennifer Lopez and Hailey Baldwin, were seen taking in the show.

As for whether or not Manson was in the audience, that was not clear.

For more on Bieber and Manson's unexpected friendship, check out the video below. 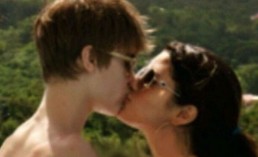 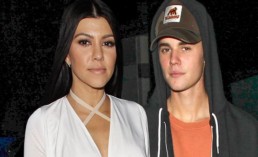 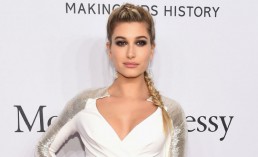