Amandla Stenberg spent the Hunger Games fighting back against a murderous government, but when the actress appears in The Hate U Give, she will be battling a very different type of injustice.

Angela Thomas' YA novel has yet to hit the bookstores, but Fox 2000 has already scooped up the rights to the story. Stenberg stole our hearts as the innocent Rue back in 2012, and in Fox's adaptation of The Hate U Give, the 17-year-old actress will take on the role of Starr.

The Hate U Give is a timely tale set to the backdrop of the Black Lives Matters movement, according to The Hollywood Reporter. The story revolves around Starr, a 16-year-old girl from the inner city who finds her life turned upside down when she sees her unarmed friend shot by police. Currently attending a suburban prep school, Starr will quickly find herself torn between her two very different worlds.

The film will be directed by George Tillman Jr. (Men of Honor, The Longest Ride) and adapted by Audrey Wells (Under the Tuscan Sun).

Thomas took to Twitter to celebrate the good news on Tuesday afternoon.

Guys, I'm in tears. This is a dream come true. And I have an AMAZING team who is going to make this happen. I'm forever grateful.

The best part of all of this? Kids in my neighborhood and kids who look like me will know that their dreams CAN come true. I'm crying, man. — Angela Thomas (@acthomaswrites) March 23, 2016

And of course @amandlastenberg. I'm thrilled beyond words that such a talented & intelligent person will be bringing Starr to life on screen

Outside of the Hunger Games, Stenberg has stared in Mr. Robinson and Rio 2.

The Hate U Give does not currently have a projected release date.

© 2020 ENSTARS, All rights reserved. Do not reproduce without permission.
TAGSThe Hate U Give Movies
SEE COMMENT
CLOSE COMMENT 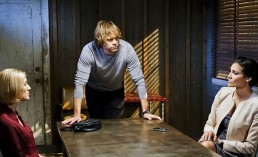 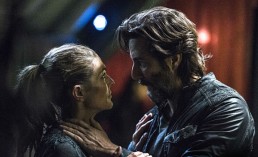 'The 100' Season 3: Multiple Fan-Favorite Deaths In The Cards, Find Out When They'll Drop [VIDEO] 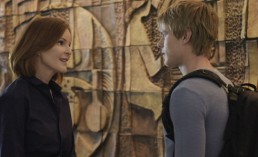