It might be safe to say this moment was determined to happen between Amina Buddafly & Tara Wallace on VH1’s Love & Hip Hop New York reunion.

The two ladies have been involved in a love triangle with Peter Gunz. And in the latest drama, they were both pregnant by him at the same time. While Amina is his wife, Wallace had made it clear that she believes she is entitled to do whatever she wants with Peter, considering he cheated on her with Amina before the two secretly tied the knot.

But now, the women have gone head-to-head for the first time since Amina announced her pregnancy on part one of the reunion special for the reality TV show.

Wallace calls out Amina for “respecting relationships,” while Amina laughs at Wallace’s attempt to throw shade at her.

“Let me use the proper etiquette,” Amina continues, “You’re a mistress.”

Still the drama hasn’t stopped the two ladies from showing off their children on social media. Amina shared an adorable photo of her bare baby bump with her and Peter’s daughter, Corie, kissing it.

Wallace uploaded a picture of Baby Gunner, the child she and Peter welcomed a little more than a month ago, snuggling up to her. See both photos below.

Be sure to keep up with Enstars for the latest updates. 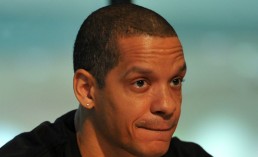 Peter Gunz Kids: Reality Star Responds After Being Seen With A Woman Who Isn't Amina Buddafly Or Tara Wallace [VIDEO] 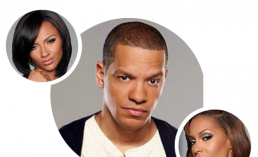