The 2016 ACM Awards are set to air live tonight on CBS - here's how you can watch the whole ceremony online.

This year's Academy of Country Music Awards are being hosted by Luke Bryan and Dierks Bentley. The country superstars spoke about their upcoming hosting stint recently:

"When we found ourselves searching for a new co-host I didn't have to look much further than my own circle of friends so Dierks was a natural choice," Bryan said. "We have a lot of fun together and I know the fans will be in for something special."

"I think everyone knows Luke is the guy you call when you want to have a good time," Bentley added. "If we have half as much fun hosting together as we do backstage, it's going to be a great night."

Bryan is nominated for the night's biggest awards, Entertainer of the Year, alongside Eric Church, Garth Brooks, Jason Aldean and Miranda Lambert. Nominees for Album of the Year include I'm Comin' Over by Chris Young, Montevallo by Sam Hunt, Mr. Misunderstood by Eric Church, Tangled Up by Thomas Rhett and Traveller by Chris Stapleton.

If you cannot watch the television broadcast of the ACM Awards, CBS has a special live streaming service called CBS All Access, which you can find here. 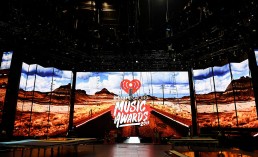 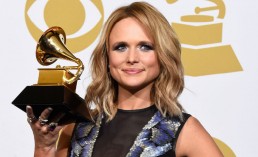 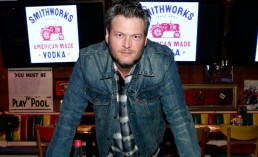