Lisa Rinna and Eileen Davidson both took to their Bravo TV blogs this week, where they addressed the ongoing drama surrounding Yolanda Foster and Lisa Vanderpump.

After speaking of Vanderpump's possible manipulations on The Real Housewives of Beverly Hills (Rinna claimed she had a role in the Munchausen conversation past what was seen), Rinna told fans she was done with the situation and prefered to move on.

"I see you. I hear you. I agree with you about this nonsense dragging on and on and on," Rinna wrote to fans of her Bravo TV blog on Wednesday. "This has gotten far too drawn out and confusing. Life is too short. I’m done."

"It’s all so silly and mind numbing, isn’t it? The salacious events have happened, albeit wildly confusing, and I hear you all loud and clear. Time to MOVE ON," Rinna exclaimed from her vacation in Mexico.

"I will happily move on with my margie in the sunshine on a beautiful Mexican beach, which is currently where I am for spring break with my family," she said. "Cheers, and I’ll see you all here next week for the finale. WARNING: In the finale, we talk about the same sh-- in a different, beautiful location. Let’s just say, it’s a good thing I didn’t cancel my order on that diamond zipper Louis Vuitton body bag I ordered for myself last season. I may not get out of here alive, but dammit, I will go out in style!"

As for Davidson, she denied being behind Rinna's comments about Vanderpump's role in the Munchausen conversation, and told fans she was done being in the middle of her two co-stars.

"I did not manipulate Lisa R. into saying the truth about Lisa V," Davidson wrote. "I’ve been hearing what Lisa V. has been doing all season long regarding Yolanda and what happened the day Munchausen was brought up. Lisa R. came to me many times with information about Lisa V.’s attempts to 'manipulate.' I did not want to be in the middle of it anymore. I didn’t like knowing the truth and either having to pretend I didn’t or be the only one saying anything. So I asked Lisa R. to address it with Lisa V. herself."

For more of Lisa Rinna and Eileen Davidson, tune into The Real Housewives of Beverly Hills season six, which concludes next Tuesday night at 9 p.m. on Bravo, and check out a sneak peek at the season finale below. 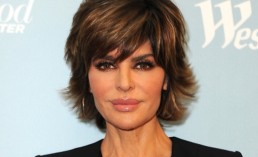 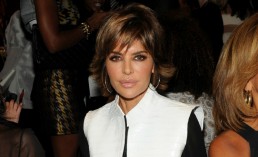 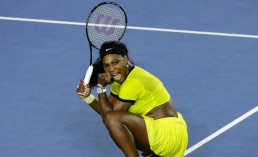