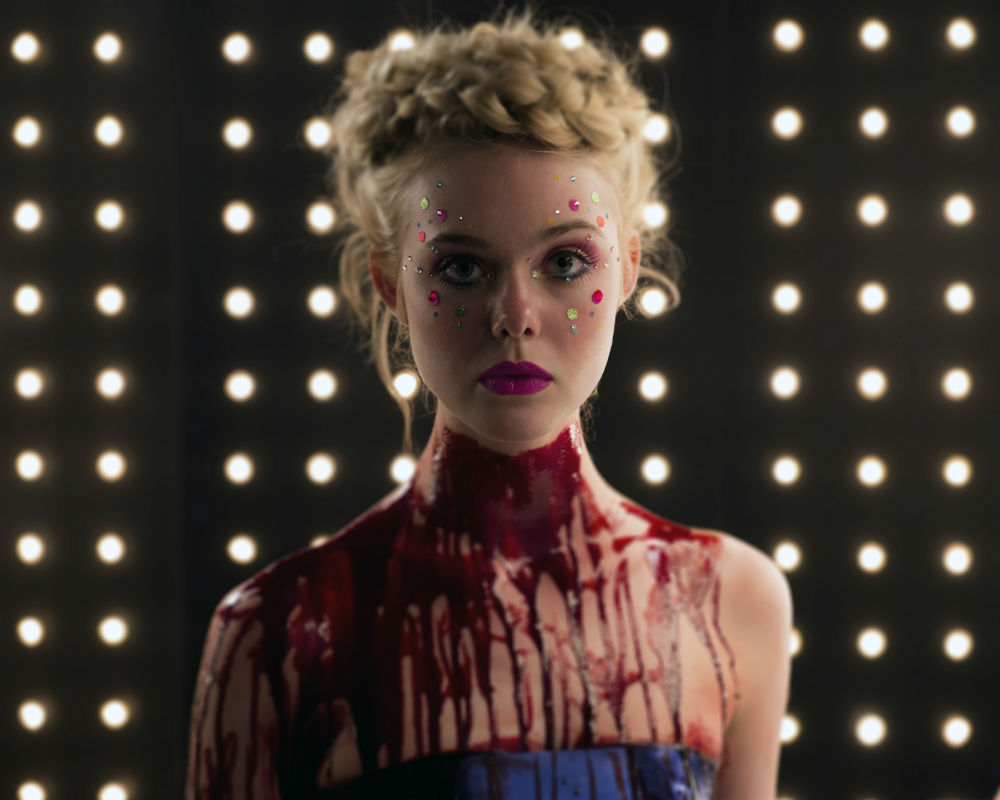 The Neon Demon is an upcoming American-Danish horror thriller film directed by Nicolas Winding Refn and co-written by Mary Laws and Refn and starring Elle Fanning, Keanu Reeves, Christina Hendricks, Jena Malone, Bella Heathcote, and more. On Apr. 14, it was announced that the film would compete for the Palme d'Or at the 2016 Cannes Film Festival, making the film the third consecutive film directed by Winding Refn to compete for the Palme d'Or, following Drive and Only God Forgives.

Plot: Jesse, an aspiring model, moves to Los Angeles, where her vitality and youth are devoured by a group of beauty-obsessed women who will use any means to get what she has.

It's a glamorous change for Elle, who was last seen onscreen playing a frumpy, redheaded transgender boy in About Ray. Curiously, the teaser did not include any footage of Keanu Reeves as Hank or Alessandro Nivola as a fashion designer.

The film was premiered at 2016 Cannes Film Festival in May and a wider release in June.