It looks like Tori Spelling is one mama on a mission here - and that's to make her children celebrity models, apparently. The former Hollywood actress and reality television stars has been sharing new photos of her children modeling designer duds during their family trip to Europe together.

In many of the photos - which have been taken in both Denmark and France - Spelling had her children Liam, Stella, Hattie and Finn pose for photos in front of important landmarks and castles and it looks like the pics are a huge hit with her fans.

Some comments from fans include, "Tori, your kids should be models, or star in kids mystery movies!!!!!!!" along with, "Beautiful children and blessings! They look so great gatbsy!"

Another fan wrote, "I love it. You have the fastest growing kids ever. I feel like they should still be babies. You definitely have the means to put them in modeling, you should totally do it Tori!"

Spelling was initially invited to Copenhagen take part in Denmark's Zulu awards. She and her husband Dean McDermott have been exploring Europe with their kids as part of their spring break vacation from school.

So far, Spelling herself hasn't revealed whether or not she plans on coming back for another season of her hit reality television show True Tori.

Keep up with Enstars for all the latest news on Tori Spelling and all of your favorite celebrities right here. 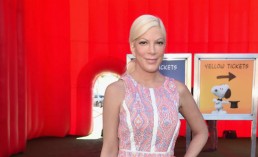 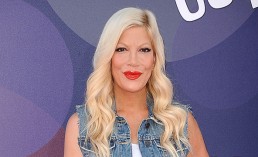