Karrueche Tran has now been linked to a professional athlete roughly a year after her epic split from Chris Brown. But interestingly enough, Brown might not be the only guy that Tran and Brown’s other famous ex, Rihanna, have in common.

They took a private helicopter ride in Manhattan.

But the two have been rumored to be dating since September of last year. They were seen partying together at a London nightclub called DSTRKT.

Interestingly enough, he was also seen getting close to Rihanna just a few weeks before that.

Still, Hamilton told E! News that he and Rihanna are “just good friends” who “hang out every now and again.”

Hamilton has also been linked to Kendall Jenner and Hailey Baldwin in the past, but maintains that he is single.

He was recently quoted in The Sun, “I’m not attached to anyone. I’m a free spirit so I’m just going in with no plans to settle down any time soon. I’m going to focus on my career. I’m enjoying my music. I’ve been associated with some really beautiful women. I don’t even mind… as long as they are beautiful women.” Tran also said back in February that she isn’t dating anyone.

She hasn’t been connected to many guys since she and Brown called it quits after it came out that he fathered a love child. 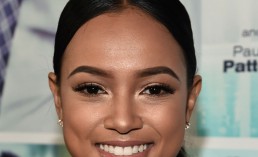 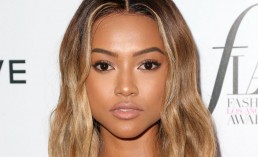 Chris Brown And Karrueche: Tran Wants This Kind Of Guy After Split From Singer [VIDEO]