The third (and final) trailer for X-Men: Apocalypse dropped on Monday and featured a few big revelations.

20th Century Fox released the new trailer for X: Men: Apocalypse just over a month before its theatrical release. The trailer covers many of the same beats as past trailers, including the villainous Apocalypse (Oscar Isaac) rising to power, but it also features some sizable, new moments.

The first big moment is Peter/Quicksilver (Evan Peters) revealing to Raven/Mystique (Jennifer Lawrence) that his father is, in fact, Magneto (Michael Fassbender). The scene is also the most humorous part of the trailer, with Quicksilver going into detail about just how he was conceived.

The other major revelation is the inclusion of Wolverine (Hugh Jackman) in the film. The character had not appeared in any of the promotional material previously, despite being one of the most important characters in the franchise. The trailer gives just a hint of Wolverine, with his trademark claws jetting out at the last second.

Here are some of the best responses on Twitter thus far to both big revelations:

"magneto, he's my father"
"what?!"
"you know him and mom they did it"
"no i know" i love quicksilver #XMenApocalypse

THEY ADDRESSED THAT QUICKSILVER IS MAGNETO'S SON IN THE NEW TRAILER. THIS IS NOT A DRILL.

Finally they reveal that quicksilver is magneto's son I'm dead

Smooth as always. As is the Quicksilver way. pic.twitter.com/0VHzTHpGco

Wolverine at the end got me hypedhttps://t.co/bEo8vs9ukq

Everyone knew #Wolverine was gonna be in #XMenApocalypse, but I was still hyped to see the claws. Can't wait!

The funniest thing ever would be if #XMenApocalypse has #Wolverine but not Hugh Jackman.

The fact the Wolverine is in the new X-Men movie made my year!

X-Men: Apocalypse is scheduled for release in theaters on May 27. 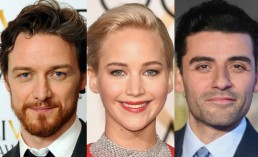 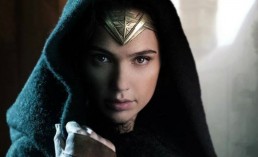 ‘Batman vs Superman’ DC: What Happens With Cinematic Universe Next? 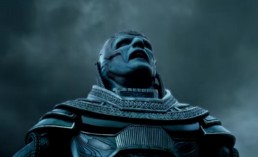