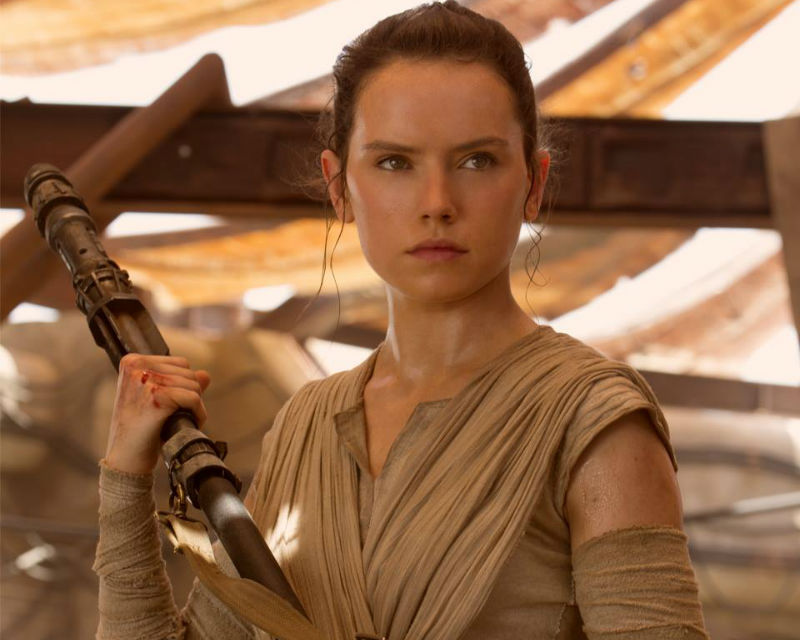 It looks like Daisy Ridley will be taking on even more stunt work in the upcoming Star Wars: Episode VIII. The actress, who plays Rey in the new trilogy, shared a behind the scenes video on her Instagram account on Monday from the set of the next movie. And from what we can tell, she's coming far in her Jedi training.

The video shows Ridely displaying some serious swordplay (or lightsaber) techniques she picked up from Liang Yang. If that name doesn’t ring a bell, he’s the stunt performer who played the baton-wielding First Order trooper FN-2199 (known to some fans as TR-8R) in The Force Awakens. In the post's comments, Ridley describes him as a “wushu fricking master” and adds, “I always try to get him to teach me things.”

Yang is a trained acrobat and martial artist born in China, but now based in London and has worked on a huge list of big and small screen productions including Skyfall, Game of Thrones and the Pirates of the Caribbean franchise.

But sword training isn't the only excitement on the Episode VIII set these. Princes William and Harry reportedly dropping by recently for a visit and even rumored to have filmed cameo roles as Stormtroopers.