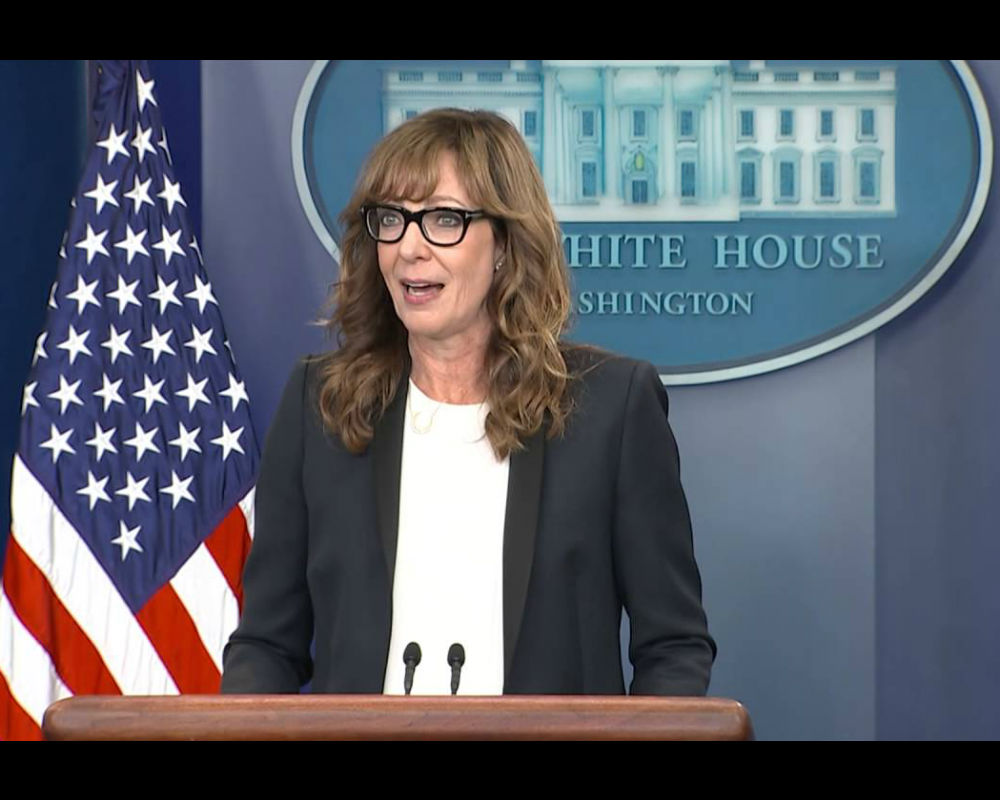 Celebrities pop up in the darndest places in Washington during White House Correspondents’ Dinner weekend. On Friday, for instance, former West Wing star Allison Janney made a surprise appearance at that day's White House press briefing, announcing that Press Secretary Josh Earnest “is out today. I believe he has a root canal.

Astute West Wing fans will notice two references. The first, where she refers to "Josh getting a root canal." Sure she could be talking about actual White House press secretary Josh Earnest whose podium she was crashing, or she could be referring to the season one episode of the show where C. J. gets a root canal and Josh (Bradley Whitford) fills in for her to disastrous results.

She had two announcements, most importantly that “the President is still working on his jokes for the White House Correspondents’ Dinner. I don’t have any details on that, other than he intends to be funny.”