Empire has been making its mark on television for its sophomore season on Fox, thanks mostly to the twists and turns that have left viewers on the edge of their couches. And newcomer Annie Ilonzeh has been a huge part of those surprises. She plays sassy reporter Harper Scott, who uncovers truth after shocking truth about the Lyon clan.

Enstars recently caught up with Ilonzeh to talk about her role, what it’s like to star in such an addictive series and having chemistry with Terrence Howard.

Enstars: You’re an admitted avid fan of the show. How did that help you land the role as Harper Scott?
Annie Ilonzeh: I threw out some jokes that I thought of just in knowing the show really well. I’m a huge fan so I was super current and up-to-date with character breakdowns...I definitely wanted to mention that I was a fan and familiar with every character.

Harper has been described as many things like "sexy" and "intriguing." How would you describe her?
I would say she’s sharp. She is powerful...She’s very mysterious. Even to myself because I ask myself, "Okay where is she coming from? What really is her M.O. What does she want? Is it really about the exclusive or is it a power game between Lucious and Harper?" She has to win. I feel like the possibility that she could conquer one of the biggest characters on the show and in life is good feeling to her...

So how did you prepare to play Harper? Especially for when it comes to her possibly overtaking Lucious Lyon.
I was like "What’s going on with this girl?" I had to retract because I wanted to know the end as opposed to being in the moment and knowing her. When does she marry Lucious? When does she get in and start taking over the empire? ...That was obviously very over-dramatic. But I went to the producers and sat down and conversed. It was kind of just, not necessarily thrown into the wolves but "Go in. Get in the lion’s den." Literally, no pun intended...

Harper has definitely come a long way from her first scene and has made her mark on the show already. What was it like to work with Terrence Howard and have to get so close?
I met Terrence for the first time and we just jumped right into the scene. We’re creating and ad-libbing and saying, "I like what you added. Keep that, keep that." ...That also prepared me because it was super quick. We learned who Harper is really quick...

Based on your Instagram, along with the rest of the cast, the Empire set seems really fun when the cameras aren’t rolling. What was it like to be a regular?
It was thrilling. It really was. With thrills sometimes there’s intimidation and fear. That comes along with excitement. You don’t want to fail and you’re looking at Taraji and Terrence in all the same scene and they’ve been working together for a season and a half and you come in and you can kind of be in awe and a little struck. But they they were super supportive and fun. I was laughing all the time.

Empire co-stars Trai Byers and Grace Gealey (who play Andre Lyon and Anika Calhoun) tied the knot last month. What were they like on set and what do you think about their romance?
I love it!...I didn’t do crazy amount of scenes with them. But he’s a gentleman like crazy. She appreciates that...and he allows her to be a woman and treats her like the woman she is... She’s super sweet and so is he. They’re godly and they’re also a couple who show love and I thank God for couples like that...Congratulations to them I’m super happy for them.

You’ve also worked on the shows Arrow, Switched at Birth and Person of Interest. Is there any difference or similarity between working on those shows than working on Empire?
Empire has so much more twists and turns as far as drama and scandal. The plot thickens in every scene. So there is that. But Person of Interest and Arrow, the main thing with all of those shows and the other shows as well, I found family in all of the people that I worked with from the cast and the crew... The common denominator is the fact that it’s been great amount of warmth in the shows.

So last question, what’s one message that you would like to send to our readers?
Stop animal cruelty. That’s something that I always spread whenever I have the chance; terminating animal cruelty altogether and adopting animals and not buying them.

Be sure to see Ilonzeh as Harper Scott on Empire Wednesdays at 9 p.m. ET/ 8 p.m. CT on Fox.

[This interview has been edited and condescended] 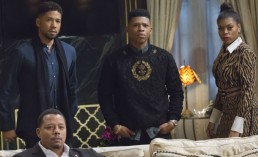 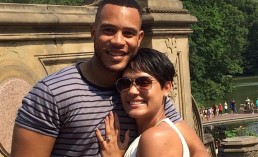 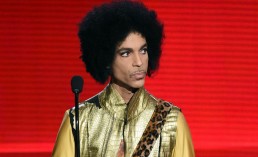