Hollywood actresses rarely do this, but it looks like Kristen Bell is going where not many people have gone before. The big screen star is opening up about her anxiety and depression issues, while also getting real about feeling insecure and co-dependent, even though she's one of the biggest stars in the industry right now.

Bell, who is best known all over the world as the voice of Anna in the hit 2013 Disney animation blockbuster Frozen says that she "shatters" whenever she thinks people don't like her.

In an interview with The Off Camera Show, she explains, "That's part of why I lead with kindness and I compensate by being very bubbly all the time because it really hurts my feelings when I'm not liked. I know that's not very healthy and I fight it all the time. Looking back I was always nervous right under the surface that someone would reject me so I changed who I was often. I changed my interests to what my friends liked. I didn't realize that until I was in my 30s."

As far as her struggles with anxiety and depression, Bell admits that she is taking medication and "checks in" with herself whenever she feels something isn't working right. What's more, the actress also says she has no shame in admitting to the world that she is suffering from depression, too.

Bell said, "My mom sat me down when I was probably 18. She said there is a serotonin imbalance in our family line... My grandmother was one of the first people they tested electroshock therapy on. She would lock herself in her bedroom and drink for two days and they would slide food under the door."

She added, "I present this very cheery bubbly person but I also do a lot of work... I check in with myself when I need to exercise. I got on a prescription when I was really young to help with my anxiety and depression and I still take it today. I have no shame in that."

For more, check out Bell's interview below. 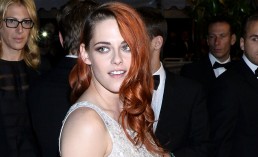 Kristen Stewart News: Did The Actress Just Shade Other Females In Hollywood? [VIDEO] 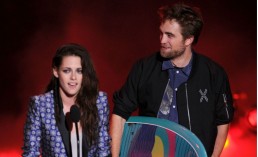