Bobby Brown has taken another step in hopes of proving that Nick Gordon was involved in the death of his daughter Bobbi Kristina Brown.

Bobby is now listed as a plaintiff in the estate’s “wrongful death” lawsuit against Gordon, who was the longtime boyfriend of Bobbi Kristina when she was found unconscious in a bathtub on Jan. 31 of last year, E! News confirmed this weekend. After roughly three months in a coma and getting treatment in a rehab center, Bobbi Kristina ended up passing away on July 26 in a hospice facility in Atlanta, Ga.

Shortly after, the estate filed a $10 million lawsuit against Gordon, claiming that he gave Bobbi Kristina a toxic drink before she got into the bathtub. It adds that he physically abused her just moments before.

The lawsuit states in part that “Ms. Brown died due to a violent altercation with Defendant (Gordon) after which he placed her in a bathtub, unconscious, after he injected her with a toxic mixture.”

It also claims that Gordon stole about $11,000 from her bank account whiles he was in the hospital as well as that the “Defendant admits he had several types of relationships with Ms. Brown and that Ms. Brown considered themselves married and held themselves out as such although they did not legally get married before her passing.”

He is accused of trying to “control” her and “benefit from her wealth.”

Gordon has denied any wrongdoing when it comes to Bobbi Kristina’s passing. Be sure to keep up with Enstars for more. 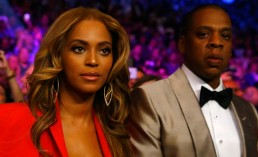