Brad Pitt and Angelina Jolie's marriage is said to be nearing its end following a couple of questionable moves allegedly made by Pitt.

Following reports of a possible affiar with French actress Marion Cotillard, Pitt was said to have been caught kissing his other co-star, Lizzy Caplan, and now, fans are wondering whether or not Pitt has grown bored of his wife.

"Is Brad Pitt going to do it again? Leave his wife for someone he worked with? If the new rumors can be trusted, then yes," The Morning News USA reported on Monday.

As fans of Pitt will recall, the actor left wife Jennifer Aniston years ago after falling in love with Jolie on the set of Mr. & Mrs. Smith. Now, reports are swirling that he's about to do the same thing to Jolie.

“There is totally something going on between [Brad and Marion],” an insider told Star magazine, according to a report by Hollywood Life last Wednesday. “They had insane chemistry right from the start, and many crewmembers believe they’ve been acting on it in private.”

In addition to having “affectionate nicknames” for one another, Cotillard reportedly “lights up whenever Brad is around."

“In the past, Brad and Angie have always turned a blind eye to each other’s little flirtations. As long as neither of them took it too far, they thought it actually spiced up their relationship,” the insider explained. “But Brad getting emotionally attached to Marion is totally against the rules. That’s what makes this a unique situation that could threaten their marriage.”

Meanwhile, the source claimed Jolie was completely devastated by her husband's alleged attraction to his co-star, or co-stars, and had dwindled down to just 79 pounds.

“She’s so frail and gaunt,” the magazine's source revealed, also according to Hollywood Life. “Brad has tried so hard to help her, but he’s exhausted by trying to care for someone who consistently refuses his help. It’s not wonder he’s gravitated toward Marion, who is healthy and happy and vibrant. She’s a breath of fresh air for him.”

For details regarding Pitt's lip-locking with Caplan, check out the clip below. 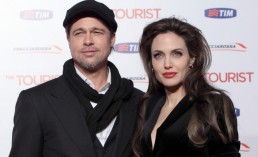 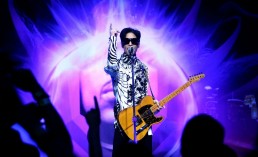 Prince Update: Over 700 People Trying To Cash In On The Singer’s Death? [VIDEO]