Could yet another reconciliation between Kathryn Dennis and Thomas Ravenel be in our future?

Although Dennis has reportedly moved on from the relationship, a new report claims Ravenel may still have feelings for his ex.

"Kathryn Dennis and Thomas Ravenel may have called it quits but fans are still hoping that there is still a chance for the two to get back together in real life," the Parent Herald reported on Wednesday, adding that "while Kathryn has seemingly moved on with her life, it looks like Thomas still has some feelings for his former lover."

According to the report, Ravenel was upset by the news of Dennnis' rekindled romance with her former boyfriend, Aaron Jones, and may have quit Southern Charm because of it.

Meanwhile, in an interview weeks ago, Dennis appeared to make it clear that there was no chance of her getting back with Ravenel, despite having two children with the former politician.

"It was a long time coming," Dennis explained to The Daily Dish of their breakup in April. "I think what really motivated it was that I had Julien in November, and I had hoped that having two children, something would fall into place somehow, magically," Kathryn said. "[Thomas] was talking about marriage in the hospital. He really wanted to make it work. And then he just flipped a switch, changed, and I don't know. I kind of was just realizing my kids were more important than the way I feel about him romantically."

"It's a work in progress," she continued of their co-parenting relationship. "I'm confident that we'll reach a place in time where we can peacefully do that... I will be honest. There's been questionable behavior. I'm sure people see it on social media, every platform he blasts me on. So that's not been fun, but you know, hopefully he'll get over that."

For more of Kathryn Dennis and Thomas Ravenel, tune into Southern Charm season three on Mondays at 9 p.m. on Bravo and check out a sneak peek of next week's new episode below. 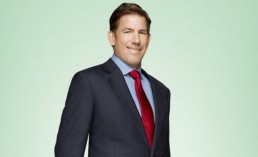 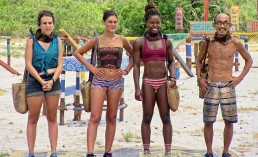