While there's surely nothing wrong with maintaining a friendship with one of your exes, that doesn't always mean that your current significant other might be a fan of the relationship you have with someone that you used to sleep with. And that might be the case between Prince William and his wife Kate Middleton, as there's a new report that says he ditched his family on Easter several months ago to attend his ex-girlfriend Jecca Craig's wedding instead.

And what's more, the Duchess might have not known that Jecca had given birth before the wedding as well.

According to the Daily Mail on Friday, Craig's husband Jonathan Baillie recently revealed that she gave birth to their child (a baby boy) just months before the nuptials...which was something that had NOT been publically known before.

So know, Royal watchers are wondering if the Duke of Cambridge specifically went to the wedding in Africa because he wanted to meet his ex's new bundle of joy and if the Duchess knew about the pregnancy.

According to The Daily Mail's Sebastian Shakespeare: "One reason it is said the Duchess of Cambridge was not at the Easter wedding is she didn't want to take her children, Prince George and Princess Charlotte, to Kenya. However, this would have been the perfect family occasion for their respective offspring to meet. Perhaps there will be another opportunity to do so at the christening."

One fan have even speculated on the rumors, commenting on the article with: "I don't think it's strange at all that Kate didn't travel to another continent - with or without children - to attend a wedding of someone she isn't friends with. And why would a completely non scandalous pregnancy of a thirtysomething engaged woman change that? Still, it would be funny of the babe looks like William."

"Why keep a baby secret?" Someone else chimed in. "It is not the Victorian era where people really care about children out of wedlock. It just seems weird to go to the trouble of having an elaborate wedding but oops we had a baby we won't talk about."

Another commenter wrote, "If it's half true that might explain a lot. The way she behaves (basically doing whatever she wants, skipping events etc), major weight loss and her tired look all the time i think she has been under a big stress for a long time. I don't know if he had any baby but i think he rubs a lot of what he does in her face." 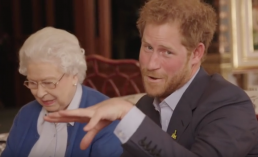 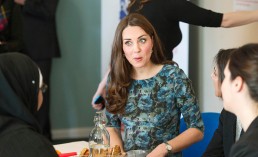