John Krasinski gave an update on when he and his wife will be welcoming their second baby.

On Monday, E! News posted some details from the actor who attended the L.A. Film Festival's screening of The Hollars where he was asked about his wife, Emily Blunt, who is expecting Baby No. 2.

Krasinski didn't give a specific due date, but said the little one will be here "soon-ish" and they are "very excited." He also kept it discreet on a possible name as well as cravings his wife might be having.

He did open up though on how being a dad to his daughter, Hazel, 2, helped him work on The Hollars where he was in front of the camera and behind it.

"You get more comfortable the more you do it," the star said about directing. "I directed a bunch of episodes of The Office. I directed a movie called Brief Interviews With Hideous Men, which was amazing. For me, it was a great experience. But for this one, I think, this was a really personal story. I had just had my daughter just before we started shooting the movie, so I think this idea of fatherhood became a whole lot more real than even when I read the script and fell in love with the script."

The Hollars stars Mary Elizabeth Winstead, Anna Kendrick and Charlie Day. It revolves around Krasinski's character who comes back to his hometown when he finds out that his mother is sick and has to get surgery.

"Whether you love your family or you don't, it's where we're from," Krasinski explained. "You can connect to this movie in that way."

The Hollars will open in theaters on Friday, August 26. 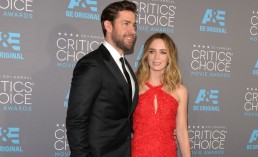 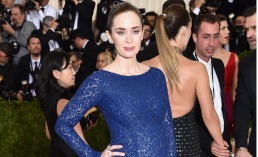 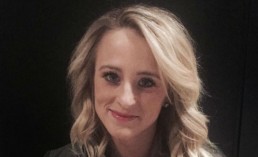