Savannah James has stayed quiet after Rihanna showed Lebron James a little too much love after he and the Cleveland Cavaliers won the NBA championship title against the Golden State Warriors Sunday night. But fans think James should show Rihanna she’s not the one to mess with.

Many went to Twitter in droves to urge Savannah to come for Rihanna following the singer’s possibly inappropriate posts about Lebron. See them below.

One fan wrote, “Rihanna finna get beat up. Savannah got a dash of hood in her” as another tweeted, “I love Rihanna but Savannah James for sure owes her a fade lol”

Rihanna finna get beat up. Savannah got a dash of hood in her. https://t.co/lzDjTWBLRr

i love rihanna but savannah james for sure owes her a fade lol — lauren. (@leauxmichelle) June 20, 2016

One fan added a video of a little girl confronting another child and said, “Savannah is gonna have to run up on Rihanna like…”

Savannah is gonna have to run up on Rihanna like pic.twitter.com/0NVjUsn40y — Matthew A. Cherry (@MatthewACherry) June 20, 2016

Another joked that Savannah probably confronted Lebron instead of Rihanna and told him, “Control yo h*es.”

One added Savannah should just call up her cousins “who like to fight cuz Rihanna violatin.”

nah i hope savannah got some cousins who like to fight cuz rihanna violatin — ㅤ (@JORIEGA) June 20, 2016

One fan wrote that Savannah needs to get Rihanna “on sight” while another wrote, “Savannah gone show up backstage at Rihanna’s next show like ‘sis I just wanna talk.’”
That tweet also featured a photo of Kris Jenner holding a gun from an episode of Keeping Up With The Kardashians.

Savannah has to on sight Rihanna now. It's not optional.

Rihanna really trying hard to be a homewrecker, savannah might have to pull up.

Wouldn't be bad if it was a Reg chick but the fact that Rihanna can "get" to him makes it worse. Savannah @breakfastclubam #phuck ur bae!

Lebron and Savannah have stayed quiet about this one for now. 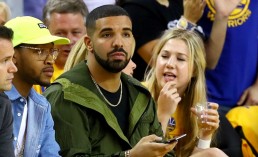 Rihanna And Drake 2016: How Does Rapper Feel About Rumored Girlfriend Shouting Out Lebron James? [VIDEO] 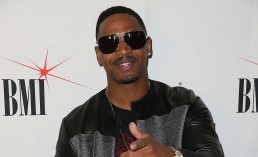 Stevie J And Joseline Married 2016: Woman Who Claimed Baby With Him Proves They Staged The Scene [VIDEO]