Dancing With the Stars pros Maks Chmerkovskiy and Peta Murgatroyd have confirmed that they are pregnant with their first child!

News first broke of Chmerkovskiy and Murgatroyd's pregnancy during the week of the latest Dancing With the Stars finale, but the pros officially confirmed that they will be parents in a new interview.

"I can't wait to provide this baby with the tools to become a beautiful, kind person," Chmerkovskiy told People this week. "And they'll have the best sneaker collection."

While the gender of their baby has not yet been determined, Chmerkovskiy joked that "we'll be in trouble with a little me running around. So hopefully they'll be a lot like Peta."

Chmerkovskiy and Murgatroyd are also engaged, with a wedding date set for next July.

"The timing is perfect, actually," Murgatroyd admitted. "I'll have the baby in January and then I'll still have about six months to prepare for the wedding."

"The baby will make a wonderful addition to the wedding party," Chmerkovskiy said. "A wonderful, tiny addition."

Murgatroyd is having one of the best years of her life having gotten engaged to Chmerkovskiy, expecting her first child and also finding success in her professional career. Murgatroyd won Dancing With the Stars this spring with deaf model Nyle DiMarco - her second victory on the show overall. The dancer previously won the coveted Mirrorball trophy with NFL player Donald Driver in season 14. Considering her growing stomach, it is highly unlikely that she will compete in season 23 this fall.

Meanwhile, Chmerkovskiy is currently on a nationwide dancing tour with his brother, Val Chmerkovskiy. The show tells the story of how Maks and Val grew up with a passion for dancing and ultimately found success on Dancing With the Stars. Check here to see if the show is coming to a city near you. 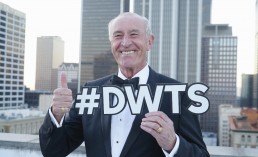 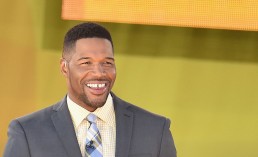