While rumors that Tia Mowry and her husband Cory Hardrict are expecting their second child together keep circulating, the actress has revealed their recent struggle to get pregnant.

Mowry is one of a handful of celebrities like Jaime King and Chrissy Teigen who have opened about their battle with conceiving recently.

People magazine caught up with Mowry at the BET Awards Sunday. The actress revealed, “I do suffer from endometriosis.”

She added, “So there’s a bit of a challenge there, but I will say this: I am working on my diet; a diet I do when I want to just clean myself out and get rid of inflammation in my body.”

Mowry has been pretty vocal about healthy eating and even has a cookbook A Whole New You that she is gearing up to release. It offers recipes to help other women treat inflammation.

Still, Mowry is adamant about having a brother or sister for their son Cree, who just turned five. And she and Hardrict seem to be having fun trying.

They attended the awards to celebrate Hardrict’s win of the grand jury prize for best actor of American Black Film Festival; which has teamed up with BET.

“My son had the best freakin’ party. I felt like a really good mom. He turned 5, the whole thing was shark-themed, we had a huge submarine jump tent… incredible food from hot dogs to hamburgers to fries to vegan salad and all different types of treats.”

Keep up with Enstars for more on Mowry, Hardrict, and your favorite celebrities. 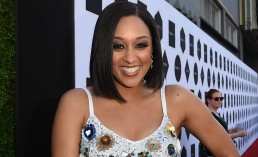 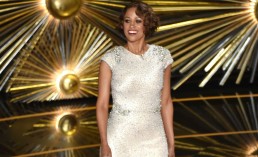 BET Awards 2016: Stacey Dash Had This To Say About Jesse Williams' Speech [VIDEO]