While rumors swirl that Nick Cannon is having a hard time letting go of his estranged wife Mariah Carey, new reports suggest that he has already moved on with another singer.

Cannon was spotted getting extra close and cozy with TLC songstress Rozonda “Chilli” Thomas. Their first spotting was at Stone Mountain in Atlanta as the two reportedly made their own fireworks for the Fourth of July holiday.

More recently, they were seen together at WDKX’s Summerfest Concert in Rochester Saturday, New York Daily News reported Monday. Apparently Cannon was with Chilli before and after she hit the stage with TLC to belt out their hits like No Scrubs and Waterfalls. Word is he was in awe.

“He watched Chilli intensely and lovingly as the group performed, then couldn’t keep his hands off her backstage. They are definitely together!” one insider said.

A source also told the publication, “It looked serious. They were hugged up and kissing.”

But Chilli isn’t the only one reportedly getting close with the America’s Got Talent host.

Her son, Tron, also shared a photo of him and Cannon together on Instagram.

He kept the caption simple with, “Sleeve boys.”

For now, Cannon and Chilli have stayed quiet about the rumors. But Cannon has been vocal about his split with Carey. So he might be speaking out about his dating life soon too.

Rumor has it the two have been friends for quite a while and Chilli even attended Cannon’s 30th birthday bash back in 2010. Cannon has been linked to Nicole Murphy and model Jessica White since his and Carey's split. 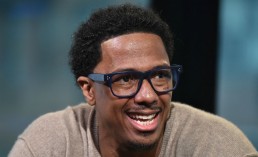 Mariah Carey Husband: Nick Cannon On The Real Reason He & The Singer Are Still Married [VIDEO] 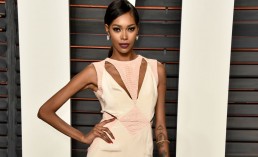 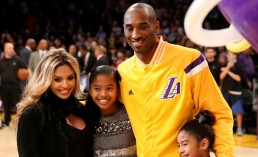 Kobe Bryant And Family: 'Baby Mamba' On The Way For NBA Star [VIDEO]