North Korea seems to be living up to its promise of a physical response against recent U.N. sanctions, as the Communist country launched two ballistic missiles on Wednesday. While the first missile was reported to have exploded immediately after its launch, the second missile managed to fly 620 miles, ultimately landing in waters near Japan.

According to South Korea's Yonhap News Agency, one of the North's missiles, which appeared to be a Rodong-type medium-range weapon, reached Japan's exclusive economic zone, well within 200 nautical miles from the Asian nation's shoreline.

Japan has reacted strongly to the North's missile launch, calling out the Communist country for its aggressive actions. Japanese Prime Minister Shinzo Abe has issued a statement about North Korea's missile launch.

While the international community has been unanimous in the condemnation of the North's actions, top NK diplomat to the United States Han Son Ryol stated that the Communist regime's launch of the ballistic missiles is an act of self-defense.

Self-defense against the United States, that is.

"It is the U.S. who threatens DPRK with missiles. All these kinds of actions tell us the U.S. is taking hostile actions against DPRK. Our rocket and missile launches take place because that is the way to defend ourselves," he added.

North Korea has been especially aggressive with other countries recently after the Communist country experienced yet another round of sanctions from the United Nations earlier this year. Recently, the North's leader, Kim Jong Un, personally received sanctions over alleged human rights abuses in his country.

The Communist state has not taken the sanctions against its leader lightly, with Ryol stating that the sanctions were a declaration of war against his country. The diplomat further stated that any negotiations with the United states must be dealt with under wartime laws. 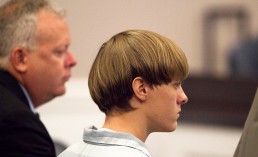