There is nothing more aggravating than being a young adult, in debt, struggling to find a good job, and inadvertently stumbling across the "Rich Kids of Instagram" documentary on YouTube. Hearing about parents who jet their kids off to Fiji for a month because they were "bored," or listening to a girl casually explain her £15,000 per month clothing budget is enough to drive someone crazy.

But no one seems to do bragging better than one of the most polarizing people on Instagram, Julia Stakhiva. Daughter of multimillionaire Ukrainian immigrants, Stakhiva often takes to social media to express the woes of being too rich to function.

I've got no time! #ferrari488 Thank you all for support! Today is a big day, I am going viral and its unstoppable !

Feels great to see my self in The Times Magazine! Shoot at @shangrilalondon photographed by @mark_harrison_photography mua @laurenalicemua styled by @pruewhite and interviewed by Lucy Bannerman

In an interview with Daily Mail, Stakhiva says she loves how much everyone hates her. "I love all my haters. I would rather die than have people not talk about me," she said. "People criticizing me shows that I'm an extraordinary person."

She then goes on to explain the importance of unnatural beauty and the unbridled heroism that goes into pursuing it: "Everyone should start cosmetic surgery at a young age... Some people are not brave enough to have surgery. They think it's better to sit at home, eat pizza and judge me. But I just think well, you eat pizza and I look pretty."

Meanwhile, on Earth, The Washington Post reports that the job market is not looking good for young people in 2016. While the government is putting out numbers that suggest unemployment is decreasing, the jobs available aren't paying enough to support an average standard of living, plus the repayment of substantial college debt.

With high car payments, huge phone bills, rent, and other expenses, some young folks are struggling to keep the jobs they already have because they can't afford the lifestyles they require.

The most frustrating fact of all is that many rich young Instagrammers seem to think the same way as a lot of rich older people. They think their "haters" aren't rich because somewhere along the way they didn't try hard enough.

Ironically, Stakhiva's plans to become super successful, do not actually involve trying at all: "It's my life's goal to become successful. I'm not suitable for an office job because of how well I dress and how educated I am. My friends and family see me as leader so I don't think I could be employed by anyone after university." 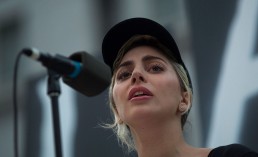 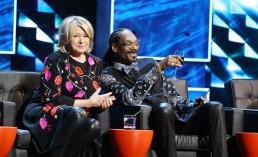