The scene between Willie Taylor, his wife Shanda Denyce, and his alleged mistress Kyesha, that fans were waiting for has now aired and showed Shanda literally coming for Kyesha on Monday night’s episode of Love & Hip Hop Hollywood. But the husband and wife have lots to say about the clip that ended with Shanda getting physical on the VH1 series.

Previews for the scene created lots of buzz before it aired, and now we know what Taylor and Shanda have to say about it thanks to a special Check Yourself segment the network released.

“It literally went left,” Shanda said. “Keep your composure, find out the truth, get in, get out. That’s all I wanted it to be.”

She had a few words about Kyesha’s appearance in the scene before Taylor chimed in.

“Get outta here. There was no baby,” he said about Kyesha’s claims that she was pregnant with his child.

While Taylor admitted he had to straighten out some of his lies with his wife, he drew the line when Kyesha called him his former nickname, Lucky.

“Had you been around me you would have known I got rid of that a long time ago.”

But Shanda wasn’t here for only coming for Kyesha. She made it clear she wasn’t buying Taylor’s story despite his attempt to talk over and yell at Kyesha.

“I know when you’re lying,” she said.

As for Shanda attacking Kyesha, Taylor said his alleged other woman, “woke up that beast. I was a little shocked that Shanda came through with the punch…”

Shanda said just watching it made her upset all over again. In the end, Shanda put Taylor back “in the doghouse.” 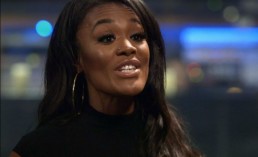 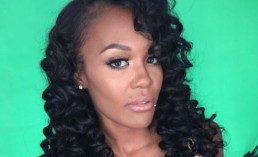 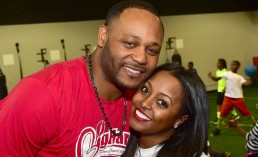