Fans have dealt with the devastating deaths of numerous of their favorite characters throughout Game of Thrones' entire television run, but now, some are hoping that a recent Instagram post from the actor who portrayed one of these dearly departed characters may be making a comeback when the show returns for season seven next year.

Khal Drogo (Jason Momoa) was a fan favorite back in season one because of the love story he and Daenerys (Emilia Clarke) seemed to share despite having an arranged marriage which didn't start off well. However, by season's end, he suffered from an infected wound, and when some dark magic failed to bring him back to life sufficiently, Daenerys smothered him with a pillow to end his suffering and burned his body in a funeral pyre.

However, one of Momoa's recent Instagram posts has created a firestorm of speculation that in some way, Drogo would be making an appearance on Game of Thrones in the upcoming season.

Momoa posted a photo of himself with showrunners David Weiss and D.B. Benioff where the group appeared to be enjoying bears together in Ireland-which is one of the place the show films, leading to some speculation that he was coming back to the show, though he doesn't hint in his post that he is making a return.

Cheeeeehhoooooooooo. @Guinness in Ireland. Drinking mothers milk With my brothers @captainriff dan and david. Love ya GOT greatest show on earth ALOHA DROGO

"Cheeeeehhoooooooooo. @Guinness in Ireland. Drinking mothers milk with my brothers @captainriff dan and david. Love ya GOT greatest show on earth ALOHA DROGO," he captioned the photo.

Following another post he shared a week ago, from Spain (another location where the show films), where Momoa appeared to look more like his character with his hair pulled back into a ponytail, fans seemed to believe that he was possibly filming for the show again, and would possibly come back in either a flashback sequence of some other reference to the past, a possibility now that Dany has finally started to cross the Narrow Sea and is bound for Westeros.

However, the fact that he was in both countries, and ran into Weiss and Benioff while in Ireland is also likely just a coincidence, as the show isn't expected to begin filming several scenes until the fall due to the timeline on the show finally showing that Winter has arrived in the seven kingdoms, meaning that bright, Summery weather doesn't allow them to film much then because it wouldn't fit with the timeline.

There is no word from anyone involved with the show about the speculation concerning Khal Drogo. 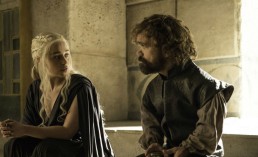 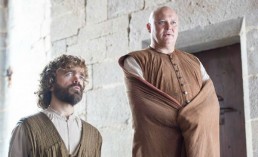 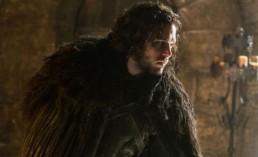 'Game of Thrones' Season 7: Is Jon Snow A 'Problem' For Show's Future? [VIDEO]