Rihanna collaborator Director X recently commented on the evolution of the pop superstar's career from "Pon de Replay" to "Work".

Director X, formerly known as Little X, directed Rihanna in her major music video debut with "Pon de Replay" back in 2005. He then returned to direct her 2016 music video for "Work", which the director suggested was a very different type of experience.

"She was 17 when I first worked with her, and now she's a woman," Director X told Complex recently. "She definitely carries herself that way. She would do these little practical joke when she was on set [for 'Pon de Replay']. Now, it just feels very much like you're dealing with a queen."

Considering Rihanna has had multiple platinum singles and albums over the years, she has created a music empire for herself, which was clear when Director X returned to work with her.

"['Pon de Replay'] was her first video, and it was for a big record company. She was not running the show. Now, she has her own team, and it's completely her operation. [For 'Work'], her creative director and I were constantly talking, constantly sending references of things Rihanna liked," he said.

Yet even as he was directing Rihanna in 2005, he knew there was something special about her.

"What I really remember was the final shot of the video. We shot her in a blue dress, doing a performance shot," he recalled. "That's when I was like, 'Oh this kid's got something. We shoulda just shot a straight performance video.'" 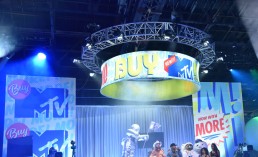 2016 MTV VMAs Preview: Everything You Need To Know About This Year's Show, Including Hosts, Performers & More [VIDEO] 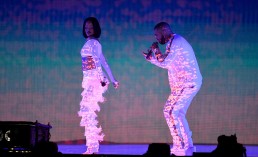 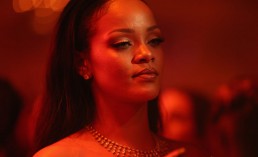