Amy King (nee Duggar) and Dillion King have had a good first year being married, according to the pair themselves.

Amy and Dillon opened up in a new interview about being married for a year and how they've worked out a system for conflict resolution and divvying up responsibilities.

"We don't miss being single," Dillon told People in the interview. "We love being with one another and waking up every morning beside each other. . . . If we have an issue we settle it before bedtime," Dillon added. "I love to cook and Amy cleans or vice versa. Amy handles the laundry, but I take out the trash."

Of course, being married has led to some less crazy yet more relaxed moments for the pair.

"We've switched out from nights on the town to sweatpants and a movie for most of our Saturday nights," Amy admitted.

But they do intend on getting out in the world, and potentially bringing a new life into it.

"Our first year has been really fun. Our goals for next year are to travel the world and fall further in love with each other! Who knows? There might even be some baby talk."

Happy 1 year baby!! It feels like yesterday I was walking down the aisle towards you!  I loved everything about our special day! Especially when we blew out the unity candle.. ha! This year has been just a tad on the crazy side but I love doing life with you! You are the best husband and my best friend. You will forever be my always baby love and my favorite adventure. 09-06-15

Amy has long been considered one of the "rebel" members of the Duggar family, having been less devout to the family's strict Christian faith than her relatives. Amy even showed how the rest of her family feels in an Instagram message earlier this year. The reality star wore a Gilmore Girls shirt in a photo and subsequently received a comment about whether Jim Bob and Michelle allow their young ones to stay at her house.

Does anyone else have Gilmore Girls marathons like me?! It's coming back on Netflix! And I'm thrilled! Seriously I love Rory & Lorelai's mother and daughter relationship! I'm watching all 7 seasons again! I found this awesome sweatshirt @arsenicandlaceshop I'm completely obsessed and It's my new favorite sweatshirt probably of all time! ✔️ A photo posted by AmyRachelleKing (@amyrachelleking) on Feb 26, 2016 at 3:21pm PST

"We've had a girls night before and have gone out to eat. It's a rule though that if I want to spend quality time with them I have to come see them. They don't want me to influence them," Amy wrote, "So I respect their standards and I don't fuss about it." 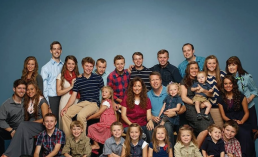 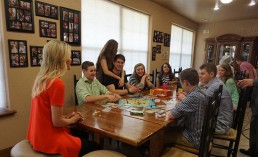 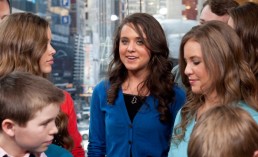