It's the only thing that could benefit them both, but it will require a big secret that will change both their lives being revealed on General Hospital.

Hayden (Rebecca Budig) is being charged with trying to assault Elizabeth (Rebecca Herbst) by pushing her down the stairs at GH, and now, Elizabeth is fighting for her life after her spleen ruptured because of the accident, and there isn't enough blood of her type in the hospital for the transfusion she needs. However, what no one except Franco (Roger Howarth) has learned is that the two are actually half-sisters, and Hayden could be the key to saving Elizabeth's life.

Now, even though he still believes Hayden pushed Elizabeth, Franco will see her at the jail to tell her she is the only one who can save Elizabeth, and by doing so she may just help herself. And when she becomes confused by what he's trying to tell her, he will be forced to let her know the truth.

"There's something about you and Elizabeth that you don't know," he says in a preview clip for the Friday, September 9 episode.

However, though he will need to tell her at least an abridged version of the truth so she knows how she can be the one who saves Elizabeth, what he tells her may not be needed in order to free her from going down for a crime she didn't commit.

Finn (Michael Easton) and Curtis (Donnell Turner) have been working to find any evidence they can that will help prove Hayden wasn't the one who pushed Elizabeth. And now, after going through Elizabeth's personal effects, they may have struck paydirt when it comes to her cell phone, which she had out when she fell, and may have been able to inadvertently snap a photo of her attacker, who the two will quickly try to report.

"Trust me, this is major," Curtis says on the phone in the clip. 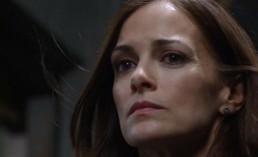 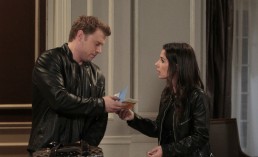