Not only Hilary Clinton and Donald Trump are curious to be president of the United States of America. There are many more who dream to enter in White House, the official residence and workplace of the President and one of them is 'Terminator' star, Arnold Schwarzenegger.

At the offices of the Schwarzenegger Institute for State and Global Policy at the University of Southern California in Los Angeles, he said, " If I'd been born in America, I would've run, This was a very good time to get in the race. " according to a report published in ADWEEK.

The US constitution says that a person who is born in the country is eligible to contest in presidential election.

Schwarzenegger is an Austrian-American actor, and politician and has been a U.S. citizen since 1983. He also served as two terms as Republican governor of California.

"Speaking about the current presidential candidates, he said that despite being hard-core Republican supporter since he shifted to America in 1968, he would not vote for Donald Trump, the Republican candidate for President in the current election" according to US weekly. He also advised his twitter followers to choose the good of country over your party.

Why does Schwarzenegger, being a republican, ask his followers not to vote for Trump?

He disagreed with Trump in number of issues. He made climate change an issue during his election campaign whereas Trump considers it as no-issue at all. Other, Judge Gonzalo P. Curiel who was appointed by the star and overseeing a lawsuit against Trump University had been attacked by Trump in recent months.

Unstoppable cyborg assassin Arnold Schwarzenegger has openly denounced Donald Trump after he caught making lewd comments about women in 2005. However, the star has own controversies when it comes to women. In 2003, six women accused Schwarzenegger for sexual harassment.

Arnold reportedly has a love child with his family's housekeeper Mildred Patricia Baena. Years later, when the truth came out, his wife Maria Shriver has filed for divorce in 2011 and ended their marriage of over 25 years. 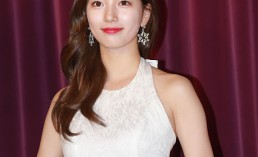