Michael Douglas has been battling cancer for almost 6 years when it haunted him in 2010 and almost ended the life of the award-winning actor and producer. But miracles do happen as after one year of chemotherapy and radiation, he was cleared of the most dreadful disease. However, it is believed to come back on Douglas as his physical appearance and disposition show signs of its activity inside his body.

There have been no recent interviews from Michael Douglas but in a recent report from Radar Online, the Academy award producer resembles of his sickness by having a gaunt face, cloudy eyes, and thin frame. This is something that clearly tells that he is unhealthy and although Michael Douglas hides it well while he still had a vacation with his family in a California desert festival. But physical features can't lie as upon the observation of Dr. Spunberg, his eyes are inflamed due to radical therapy; Dr. Stuart Fischer, an internist also commented on a Douglas photo that the gaunt-looking and exhausted actor shows a recurring disease and the effect of its treatment.

Michael Douglas may not be the only one with the same Tongue cancer as actor Val Kilmer has also been treated with the same symptoms, as Douglas revealed in previous interviews.  Although Kilmer has been denying such via a facebook post , he also said that "Michael Douglas may have been misinformed". As Belfast Telegraph recently reported on his first public appearance after a long time, during a presentation of the film's version of his one-man play Citizen Twain in Los Angeles, Kilmer was slurring and dabbing his mouth with a tissue.

It is really so sad to know that veteran, award-winning actors are being succumbed to illness, but upon seeing them still fighting for their strength is something worthy of respect and inspiration. Now that they nearing to their career's sunset, it is always best to recognize their works and achievements while they can still hear and see the applause. 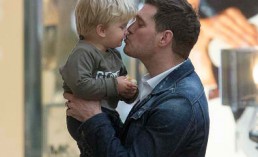