At "Fantastic Beasts and Where to Find Them" world premiere, David Yates opened up to media along with J.K. Rowling - the creator of Harry Potter - as they revealed that they'll be joining hands to come up with yet another masterpiece. Yates admitted his long-term commitment with Warner Bros. as part of which he'll be directing all five films of the Fantastic Beasts series.

Director of four sequels in Harry Potter series, Yates told The Hollywood Reporter that he'll be directing the whole prequel series of Warner Bros. in which Eddie Redmayne will be playing the role of magizoologist Newt Scamander. First film of this prequel will be presented in theaters on 18th November and stars Ezra Miller, Katherine Waterston, Ron Perlman, Colin Farrell, Carmen Ejogo, Dan Fogler and Alison Sudol as well.

"I love to make films with my great team, and they're all like family to me," Yates added. This commitment isn't official, but it is not daunting either: "I approach it movie-to-movie only."

According to Screen Crush, apparently it feels that Warner Bros. actually likes financial and artistic results they have received from their last few movies of the Harry Potter series and like to give control of this new franchise to Yates' team. What's more important, probably, is the chemistry of Rowling and Yates. With Rowling gradually turning into the screenwriter of her movies, comfort level that these two artists share with each other really allows their films to rock the Box Office.

Yates became the part of Potter family when he directed fifth film of the Harry Potter series. It helped him earn the confidence of Warner Bros. and continue in his role for next three movies.

Now, Yates has returned for directing "Fantastic Beasts and Where to Find Them", the prequel to Harry Potter series, set decades earlier in that same universe. The script is written by J.K. Rowling and she has revealed that this new series will feature five films now rather than three which was expected initially. 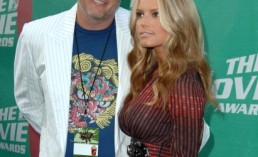