The most awaited dark and sexy film Fifty Shades Darker is only months away. The sequel to the Fifty Shades of Grey movie will be even more enticing as it opens in theaters around Valentine's Day next year.

The titillating tandem of Jamie Dornan and Dakota Johnson will, once again, hit boiling point. The two stars will take their old roles to yet another level.

Both the book and the trailer have unveiled the spicy narrative of the film. Observers believe that the scenes will be more intense compared to the first release.

As the momentum continues to ramp up for Fifty Shades Darker, here are additional notes to heighten the excitement.

Second, the movie script is prepared by the husband of E.L. James who is the book author. It should be pointed out that Niall Leonard is himself a writer.

Considering the breakup scenario in the first flick, scribbling the next one is quite compelling. That seems so since the character Christian Grey needs to do more in order to win back Anastasia Steele.

Fourth, the motion soundtrack, which was scribbled and produced by Jack Antonoff and Sam Dew, is itself an attraction. The collaboration between Taylor Swift and Zayn Malik goes beyond than just integrating their talents to launch the song.

Friendship has reinforced the production of I don't wanna live forever. Since the lady singer is close to Johnson and Malik's girlfriend Gigi Hadid, the partnership simply unfolds.

Fifth, the film will not be Fifty Shades Darker if seductive angles are limited or restricted. Sex in the shower and the elevator zest add spice to the movie. 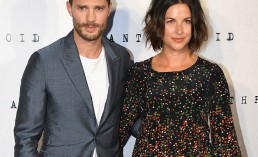