Did 22-year-old Justin Bieber and 24-year-old Selena Gomez do a Carpool Karaoke together?!

Perhaps, it would never have happened as the two aren't too close - maybe not even talking right now. Still, a fan showed how it would be if they did. He took clips from their appearances on James Corden's show and spliced them expertly, to make it look like they came together in the car, singing and interacting together, according to Hollywood Life.

In the first frame of the video, Selena Gomez sings "Hands to Myself" and immediately out of frame, one can watch Justin dancing with her. They laugh at one another's jokes and at one moment, the singer put her hand on his shoulder.

Selena has a laugh even as they jam together for the other's hits, according to Teen Vogue.The Carpool Karaoke is the latest creative offer from her fans, and it is only incidental imagination, not real.

Anyway, 2016 has been a pretty messy year for Selena. Their last interaction made Selena angry with Justin. In the summer, he began to put up photographs with Sofia Richie, 17, on Instagram.

Some fans were "critical" and Justin got mad at them. Selena commented that he should simply not put up posts with the "girlfriend" if he did not want to get criticized by those who have been on his side right from the beginning.

The interaction was rather traumatic for her, and just two weeks later, the 24-year-decided to check into a rehab in order to tackle her "depression and anxiety." She showed side-effects of her Lupus medication.

She also did not appear publicly till three months later at the American Music Awards. She posted on Instagram only twice after she broke up with him.

The Carpool Karaoke might be a nudge to hint from fans that Selena Gomez and Justin Bieber should come closer together in the new year. 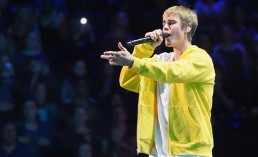 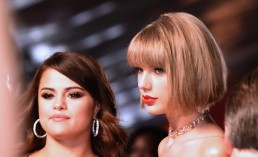 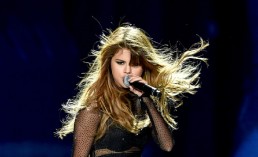