Ben Affleck is reflecting on his life now that he's in his '40s, admitting that he hasn't always been happy the mistakes he's made.

Affleck has had his fair share of commercial and creative flops in his career, from Daredevil to Jersey Girl to Gigli, despite his success as a two-time Oscar winner. The actor admitted in a new interview with The Guardian that his 20s were a bit rough.

"I'd always had a strong idea about my values and the direction I wanted to be headed in, then I ran into getting famous, and it totally spun me around, and I flailed around for a few years," he said. "When you're a young man in your 20s, part of that is making mistakes and learning from them. I just made those in front of everybody, rather than privately."

Affleck admitted: "There's stuff I look back on and kind of cringe at, but I always tried to treat other people well. My parents imbued that in me, and the mistakes I made were mostly just of the embarrassing kind."

While Affleck's love life has been tabloid fodder for years, he tries to take it in stride, unless his kids are involved.

"You become a public figure, and it changes all the rules," he said. "I'm at peace with paying my own price. What I'm not at peace with is when it invades on my kids' space and time. They didn't make any bargains. I try to shelter them as best I can. That's my only real gripe."

Affleck does have a lot to be grateful at this point in his career, though. In addition to his two Oscars, which he earned for writing Good Will Hunting and producing Best Picture winner Argo, he has starred in both indie and blockbuster successes. The actor is now devoting much of his time to play Batman in the DC Cinematic Universe; he will reprise his role in November's Justice League movie. 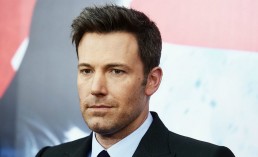 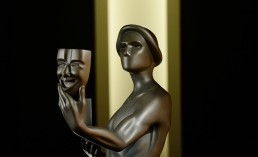