Now that Sherlock Season 4 is back on air, there are emerging reports that Tom Hiddleston is going to appear on the show. It has been long reported that the former boyfriend of Taylor Swift will have a cameo role in the crime drama television series as Sherlock Holmes' (Benedict Cumberbatch) brother, Sherrinford.

The assumptions started to swirl at the Comic-Con San Diego when Mark Gatiss, the show's showrunner and portrays Holme's big brother Mycroft, tweeted a snap of him along with Hiddleston and Amanda Abbington, who plays the role of Mary. From then, the Twitter universe got distracted as the tweet received a number of reactions and the news started to emerge, according to Just Jared.

Moreover, the buzz even came strong when the photo shared by Gatiss was captioned with the word "blud." A lot assumed that this means a slang word for blood that implies family or a that gives birth to the reports that Hiddleston is appearing in Sherlock Season 4. Romper reported that may be, "The Avengers" actor only has a good bond with the 50-year-old novelist and Abbington and the photo really didn't mean anything.

However, fans are quite insistent that they will see Hiddleston in Sherlock Season 4 as Holmes third brother, Sherrinford. Apparently, this was the name given by "The Adventures of Sherlock Holmes," which the show was based, author Sir Arthur Conan Doyle. The said moniker was even mentioned by Mycroft when he informed Holmes about "outbursts of brotherly compassion" and asking him, "you know what happened to the other one."

A lot believed that "the other one" Mycroft is pertaining is the role that will be played by Hiddleston in Sherlock Season 4. But as no one confirmed the new yet, fans should only take the assumptions with a grain of salt, although they can watch the show to find out. 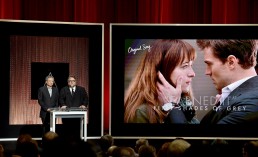