Jamie Dornan certainly has surprised everyone with his new look. The Irish actor has been spotted sporting a shaved head with full beard in Los Angeles, California. If the actor is not as popular as he currently is, no one will be able to recognize him with his new look.

As reported by ET, Jamie Dornan was seen in donning his new look on Sunday. Dressed in casual white shirt, black hoodie and white sneakers, the Irish actor is still as hot as ever.

The "Fifty Shades Darker" actor has frequently said in his interviews before that he does not want to be typecast as Christian Grey. True to his words, the 34-year-old actor does not look anything like his famous character.

However, the actor will definitely still have a hard time staying away from his well-loved character. As of now. "Fifty Shades Darker" and "Fifty Shades Freed" will still hit the cinemas on Valentine's Day of 2017 and 2018, respectively.

Given how massive the first movie's, "Fifty Shades of Grey", worldwide box office has been, the two upcoming movies are also sure to have great sales.

In an interview with GQ Australia, E! News reports that Jamie Dornan is very different when it comes to Christian Grey. The "Fifty Shades Darker" actor is not as serious and intimidating as his fictional character. 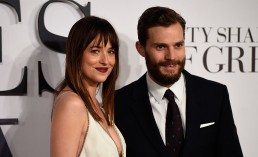 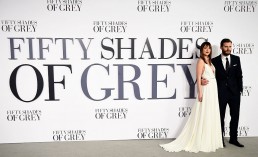 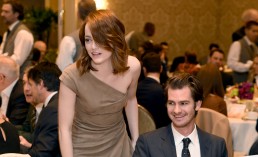 Andrew Garfield And Emma Stone Still Have Love For Each Other; Reconciliation Happening Soon? [VIDEO]