From the start of his campaign until he takes the presidential seat, Donald Trump has been surrounded with controversy. A lot predict that the 70-year-old business magnate won't make it be the next president, but he has somehow won over Hillary Clinton.

His triumph, on the other hand, has been said foreseen by different programs. The long-running animated series "The Simpsons" has foretold his winning as the new POTUS back in 2000. There are also assumptions that the critically acclaimed author George Orwell's novels, like "1984" and "Animal Farm," pertain his reign as the head of state. Now, some expert and psychic see how Donald Trump will fail as the United States' president.

Master Priscilla Lam, a Feng Shui expert from the Taoist Wong Tai Sin Temple in New Kowloon, Hong Kong, correctly predicted Donald Trump's presidential win in November. However, she told AsiaOne that the former television personality's victory will not last that long as she foresees that he will only be on his seat until September.

In the first half of 2017, the situation of America and its economy will stay fine and stable, but things will be different when the second half of the year comes. Lam predicts that Donald Trump will not stay in his seat that long as he is about to face tough times starting September.

There will be a lot of protests and there is a big possibility that the country is going to be divided as the final quarter of 2017 approach. People will be upset of Donald Trump's decisions and executive orders that will lead to his defeat. "In business, he's definitely a successful person, but in politics, it's another thing," she said about her predictions for the Year of the Rooster.

Meanwhile, it was recently reported that a psychic predicts Donald Trump's future but this time, it is much worse. A clairvoyant named Lyndsay Edwards revealed that she sees a vision of the ex-"The Apprentice" host's assassination. Although she disclosed that she feels awful for revealing someone's death, she can't help but share the world what her apparition about his death might happen in October.

2017 Predictions: Psychic Foresee Donald Trump Will Be Killed Through Assassination 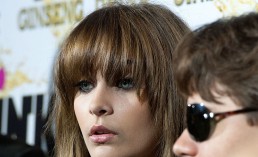