Fans of AMD Ryzen waited eagerly for the release of its latest CPUs. AMD's recent multi-core desktop processors were revealed at San Francisco, which include AMD Ryzen 1800X, 1700X And 1700. They can soon be bought in the stores. On March 2, the three AMD Ryzen 7 chips were launched.

The cheering news was that AMD announced two new ones too. This pair of Ryzen 5 chips are at lower costs and will be out in the marker for sale in one or two months, according to PC advisor.

The recent chips will bring AMD Ryzen into a high-performance domain with Intel. The AMD Ryzen 1800X, 1700X And 1700 are an improvement on the earlier generation of silicon. The first among many Ryzen processors can be purchased for pre-order. There are three varieties of the chip. They differ in the range of price and capability, according to Droid Report.

Still, no more versions of AMD Ryzen processor have been revealed, apart from the seven series. These are set to compete with Intel's Core i7 series. Even if AMD is set to put itself up against Intel's entire range, you can see other new versions of the chip.

AMD has designed AMD Ryzen to shine at higher loads and come up to par with current hardware in PC gaming. Hence, it has developed a novel chipset for the processors, the X370 and X300. There is also a new socket, the AM4, that is available.

At present, Intel comes under some fire. After the release, Intel might cut prices, according to Extreme Tech. Even before the launch it reportedly tried to undercut the AMD Ryzen. Rumors whisper that Intel employees were even marketing and giving incentive rebates as well as special promos to persuade people that Intel processors only should be used.

Reportedly, Intel was persuading users to use its products and then review the upcoming AMD Ryzen. The press has been sent a "call us before you write" email by Intel review the PR. They will assess the latest versions of the Ryzen CPUs. 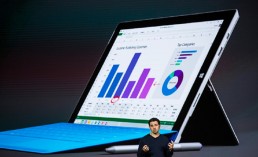