Jennifer Lawrence may have ended a relationship recently that may even be unbeknownst to many. Since the confirmation of being linked with Darren Aronofsky, there have been talks of the potential splitting of the two, although this has yet to be confirmed by either party.

As some may know, Jennifer Lawrence spent quite a number of years with her past relationship with "X-Men" co-star Nicholas Hoult, after a confirmed break up recently. Now, the "Hunger Games" star have been linked to the aforesaid director Darren Aronofsky, one who may be known for the popular film "The Fountain," as well as "Black Swan," "The Wrestler" and "Requiem for a Dream."

According to Harper's Bazaar, Jennifer Lawrence and Darren Aronofsky were officially dating since last year, which many fans may have a problem taking due to the age gap. Lawrence, 26, and Aronofsky, 47, have been spotted displaying affection publicly, kissing passionately. But some speculation on a potential break-up has already started to haunt the masses. Nonetheless, the two seem to be going strong amidst the controversy, and since no word has come from either side of the party, which means that everything else should be taken with a pinch of salt.

Meanwhile, Jennifer Lawrence and "Guardians of the Galaxy" star Chris Pratt has some outtakes on their recent movie, "Passengers," which may have been a box-office flop to some. Nonetheless, the leads were joined by their co-stars Michael Sheen and Laurence Fishburne, as they showcase their on-set bloopers, as per Time.

Jennifer Lawrence was most popularly known for her role as Raven or Mystique in the last few "X-Men" films, as well as Katniss Everdeen in the "Hunger Games" franchise. She has also starred in some other non-sci-fi flicks such as "American Hustle," "Silver Linings Playbook," "Winter's Bone" and "Joy." She is now filming "Mother!" with Darren Aronofsky. 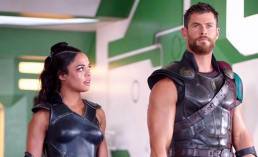 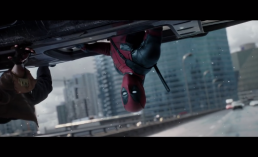 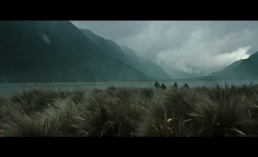