There is a new search to find the next Lisbeth Salander for the Girl with the Dragon Tattoo sequel.

Sony Pictures is officially moving forward with The Girl in the Spider's Web, a sequel to 2011's adaptation of The Girl with the Dragon Tattoo. Don't expect Rooney Mara to return to her Oscar-nominated role as Lisbeth, though. The film, directed by Fede Alvarez, will reportedly feature an all-new cast.

"I'm hugely excited and grateful for this opportunity," Alvarez said in a statement. "Sony has become family to me and I can't think of a more thrilling project to celebrate our relationship. Lisbeth Salander is the kind of character any director dreams of bringing to life. We've got a great script and now comes the most fun part - finding our Lisbeth."

Variety reports that major actresses like Natalie Portman and Scarlett Johansson are in the mix to play Lisbeth Salander, though nothing has been set in stone as of yet. Who do you think should take over the iconic literary role? Here are our five picks:

Portman already being in the mix is a good sign. She has the dramatic chops, having won an Oscar and receiving three nominations in total, and has past experience in action thrillers. She has excelled in playing strong yet vulnerable women before, like Nina in Black Swan, Anne Boleyn in The Other Boleyn Girl and Evey in V for Vendetta, so it's easy to see her taking on this role.

Stewart has the disaffected personality and alternative feel that suits Lisbeth Salander perfectly. The actress may be known (infamously) for her role in the Twilight Saga, but she has since developed her craft and turned into one of the stronger young actresses working today, and a role like Lisbeth could be exactly what she needs at this point in her career.

Lisbeth is often described as androgynous, and Wood has embraced this world wholeheartedly over the years. She has earned rave reviews for her rogue role in HBO's Westworld, playing an android gradually realizing the truth of her identity. We think Wood might have what it takes to make Lisbeth the standout role of her career.

Maslany, now an Emmy winner, has proven that she can play just about any role on her BBC America series Orphan Black. She's been edgy, defiant, closed off, sensual, vulnerable and all other defining characteristics that make Lisbeth Salander such a fascinating character. Given her big sci fi, thriller fanbase, taking the role of Lisbeth seems like a natural choice.

Knightley has become typecast as the heavily-costumed waif in British period pieces for several years now, but we're ready to see the actress burst out of the corset. She has the perfect slender frame to play Lisbeth Salander, and while she may be a little too tall for the role, the image of Knightley kicking butt and embracing an edgy role like this is too tantalizing to ignore.

© 2020 ENSTARS, All rights reserved. Do not reproduce without permission.
TAGSThe Girl with the Dragon Tattoo Movies The Girl in the Spider's Web
SEE COMMENT
CLOSE COMMENT 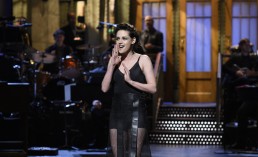 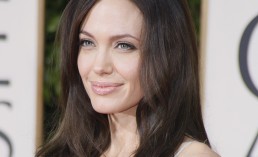 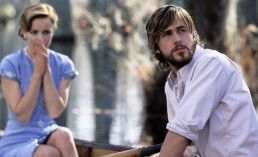