"Quantico" Season 2 took a sharp turn in the road of mystery as the plot opened a chapter that endangered one of the show's characters, Leo. If there's one word that can summarize the latest episode of "Quantico," it would be teamwork. Alex Parrish found herself in an unlikely bind where she is faced with a new mission and a new problem.

For the new mission, Alex has to track down individuals who are most likely to put the United States in danger. As for the new problem, the "Quantico" Season 2 heroine finds herself in a situation where she has to work with her ex, more specifically, her former fiance.

Going back to Alex's love life, the "Quantico" Season 2 heroine and Ryan share an intimate moment on the porch. She tells him that although she loves him, she needs more time to think things through. Of course, being in-charge of a country's safety is also sort of a big deal which might come first before Alex's personal life.

Meanwhile, it seems like Leon's paranoid behavior actually had an output as he was attacked by two guys with a hypodermic needle by the end of "Quantico" Season 2 Episode 14. Leon was dumped in the trunk of a waiting car which will keep Alex and the gang's hands full in the upcoming episodes.

According to Vulture, the "Quantico" Season 2 hiatus has somewhat been a vehicle to gain some speed for the spiraling down series. Will Leo's abduction bring the spice back to the series? Stay tuned for the upcoming episodes of the thriller from ABC. 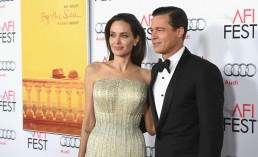 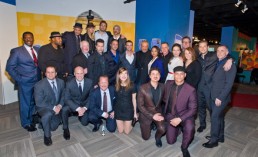