This year, the most anticipated film "Star Wars 8: The Last Jedi" is going to be released on the big screens worldwide. Even though there are still months left to wait for the fans and viewers to see the movie, the upcoming epic space opera film does not stop being the top most talked about in the entertainment industry.

On the past months, fans have been asking about the official cast lineup for the upcoming "Star Wars 8: The Last Jedi." Just recently, English singer-songwriter and frontman of the pop group "Take That", Gary Barlow, had confirmed that he will make an appearance in the upcoming film. He has been associated with the movie on many publications before because of the rumor that he will be appearing. But this time, Barlow confirmed it himself.

According to Digital Spy, the star had spoken with Ross King's lifestyle and entertainment show, Lorraine, on ITV, and confirmed that he will indeed be having a part on the upcoming "Star Wars 8: The Last Jedi." Barlow did not spill further details about his part in the movie due to confidentialities but he mentioned that he can assure fans of the epic space film that he will not play as a stormtrooper.

Furthermore, according to the source, the news also paved the way of a new headline, which involves English actor, Tom Hardy, to be part of "Star Wars 8: The Last Jedi" as well. The actor has also been long rumored to appear in the upcoming movie and with Barlow confirming his appearance, it could also mean that Hardy might have a part or a cameo on it. Nothing has been confirmed as of now.

Meanwhile, according to Express UK, a new update about the events to happen with Luke Skywalker on "Star Wars 8: The Last Jedi" has been reported. As per the source, the tree which the fans have known as the Force Tree could possibly cause chaos for Skywalker on the upcoming film. The significance, purpose, and origin of the tree have not yet known, and Episode 8 might show all of these, including how the tree got ignited with fire.

"Star Wars 8: The Last Jedi" is due for a December 15, 2017, release. The official trailer for the film will reportedly be released next month. 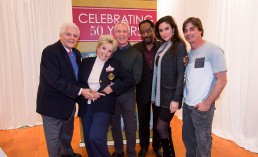 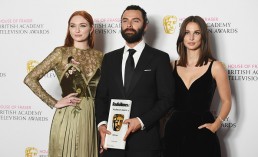 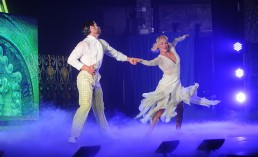