Spider-man has been confirmed to join the Marvel Cinematic Universe and since then a lot of queries surfaced online especially that "Spiderman: Homecoming" teasers featured Tony Stark. Many speculated that Iron Man will be mentoring or even joining Peter Parker in his adventure.

According to CNET, the new "Spider-Man: Homecoming" sneak peek highlights a young Peter Parker struggling with authority and personality. The trailer even showed Parker and "Iron Man's" Tony Stark portrayed by Robert Downey Jr. clash over whether the suit makes the man or the opposite.

The "Spiderman: Homecoming" also indicated Vulture, who fashions himself a popular villain. The character Vulture that is portrayed by Michael Keaton even stated in the trailer that "The rich and the powerful, like Stark, they don't care about us. The world's changing, boys. It's time we change with it." Nevertheless, it doesn't indicate who exactly Keaton is speaking to and it remains to be seen in the movie.

With that trailer, CBS has noted that Iron Man's part in the latest "Spiderman: Homecoming" is surely more than a cameo role. But then, it is also not precisely a Marvel Team-Up either. This movie is a "Spider-Man" story and Tony Stark is just having a supporting role since Robert Downy Jr. allegedly only filmed about five or six scenes for the whole movie.

Moreover, Tom Holland described the relationship of Peter Parker and Tony Stark in "Spiderman: Homecoming" as less a father and son feel. As a matter of fact, it is more of the Avenger being an older brother to Spider-Man. "I think Robert is more like a big brother than he is a father figure because he picks on him and he is down on him quite a lot. But then there is that level of him caring about him like his own, and Robert has really brought something lovely to the character. It's a very different side of Stark than you've ever seen before," Holland clarified.

With Tony Stark being featured in "Spiderman: Homecoming" it really appears that Iron Man will be having a special participation in Peter Parker's adventure. In addition, the movie is set to hit the big screens on July 7. 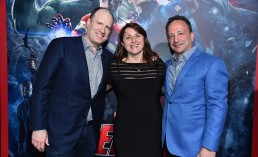 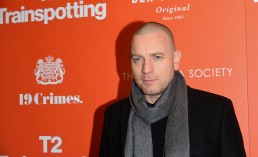 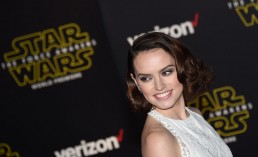