"Alien: Covenant " looks to build even more hype than what is supposed to, and now, the team behind the entire franchise will do something that many fans may be familiar with in the past-"Alien Day." A rundown of what the company plans to do in that particular event have gone all over the web lately, further pushing the sci-fi flick forward.

According to Screen Rant, Fox Studios will pay tribute once again to the past "Alien" films, this time, with a nod to the planet in which the original movie took place, LV-426. Dated April 26, 2017, "Alien Day" will be a 24-hour event that showcases multiple features prior to the upcoming "Alien: Covenant" in May, including the cast of the new film taking part in them. To start with, Fox Studios in Los Angeles will be live streaming the event and will entertain fans through a question-and-answer session, along with behind-the-scenes segments for "Alien: Covenant."

For those who wish to relive the past entries in the franchise, a worldwide scale, one-night screening event will occur for Ridley Scott's 1979 "Alien," led by none other than Ellen Ripley herself, Sigourney Weaver. The 2012 prequel "Prometheus" is also expected to follow through and the fun does not stop there. Certain participating RPX Regal Cinema U.S. theaters and global partners will be given an undisclosed "Alien: Covenant" surprise, as well as a commemorative item to go with it, as per CBR.

Fully-fledged fans can put their knowledge of the franchise to the test, care of the "MU/TH/UR of all ALIEN Trivia Challenges," wherein Fox will unleash a new quiz every four hours and 26 minutes. Those who wish to participate will need to answer an array of swift questions for a chance to acquire a VIP trip to Ridley Scott's Imprint Ceremony at the TCL Chinese Theatre in Hollywood. Other prizes also await them, and lastly, a Fan Art Contest wherein the best pick could become a limited edition t-shirt premium. Things will keep getting better as followers of the "Alien" series that loved physical home copies will also get more in the future.

"Alien: Covenant" is slated to launch on May 19, 2017. It will star Michael Fassbender, Katherin Waterston, Billy Crudup, Danny McBride, Carmen Ejogo, Demian Bichir, Amy Seimetz, Callie Hernandez, Jussie Smollett, Alexander England, Benjamin Rigby, James Franco and Nathaniel Dean. This will serve as both a sequel to "Prometheus" and one of the proposed prequels to the 1979 "Alien" film. 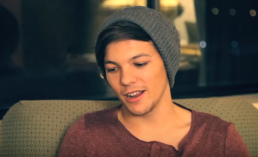 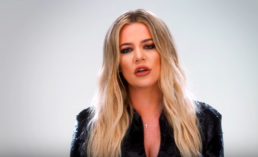 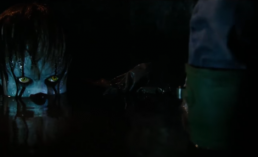