Beyonce is still on the verge of bringing out her twins. However, she's already involved in a scandalous issue together with his husband, Jay-Z.

The "Empire State of Mind" singer, who has caught himself in a sex scandal, has got the other girl pregnant while she's still a teen. Apart from the shameful news, it is said that their marriage is on the brink of getting a $1 billion divorce. Apparently, the issue has made Queen Bey "upset, humiliated, and angry."

Meanwhile, according to The Hollywood Gossip, there were court documents that would prove how Jay-Z, or Shawn Corey Carter in real life, has tried all that he can to avoid the DNA test that would prove whether he's the father or not.

As per the child who has now grown into a 23-year-old man, Rymir Satterthwaite, has provided court documents that would support his mother's claim. Wanda, as Rymir's documents said, has had sex sessions with "Run This Town" hitmaker in 1992.
The "Halo" singer's husband was just 22-years-old when he brought Wanda to Brooklyn, N.Y., Marcy Projects from his home in Pennsylvania for sex.

With Jay-Z seemingly terrified about the forthcoming exposé, it was also reported that the power couple is bound for a divorce after the "Irreplaceable" singer released her album, "Lemonade." The blockbuster albums, apparently, is about the "No Church In The Wild" hitmaker's infidelity.

Although Beyonce and Jay-Z have been married in 2008, and the sex scandal was reported prior to their marriage, there were already other cheating allegations that made its way to the headlines. "Jay and Bey's marriage is blowing up. They're living separate lives. They haven't made an official announcement because Bey isn't ready," an insider said.

Do you think Jay-Z is Rymir's father? How do you think Beyonce will react when she found out the truth? Let us know your thoughts in the comment box below. 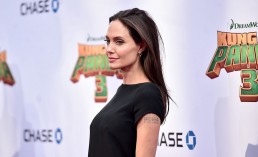 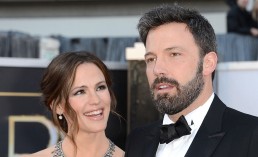