In an interview earlier this week, the Teen Mom 2 star and mother of three opened up about her darkest moment.

"I think my low point was with my drug issue and the whole heroin thing," Evans recalled to E! News on Tuesday. "I almost overdosed and died. I was trying to run away from my problems."

Because of Evans' struggles, her eldest son, Jace Evans, was taken from her and given to her mother, Barbara Evans, who has continued to care for the child ever since.

According to Evans, losing custody of her child resulted in even more bad behavior but ultimately, after experiencing withdraw, Evans knew that she needed to reprioritize her life and regain control of her actions.

"When I started withdrawing for the first time in my life, I was like, ‘This is not the way I want to live. This is scaring the s**t out of me, and I need to get help right now,'" she said.

After checking into a New Jersey detox center, Evans was able to get sober and now, with the help of her supportive fiancé, David Eason, she continues to stay on the right path.

Evans and Eason are currently engaged to be married and share one daughter, five-month-old Ensley Jolie. The Teen Mom 2 star is also the mom to seven-year-old Jace and three-year-old Kaiser from her past relationships with Andrew Lewis and Nathan Griffith.

Read Between the Lines: From the Diary of a Teenage Mom will hit stores on July 25.

To see more of Jenelle Evans and her co-stars, including Kailyn Lowry, Chelsea Houska, Briana DeJesus and Leah Messer, tune into the upcoming eighth season of Teen Mom 2, which premieres next Monday night, July 17 at 9 p.m. on MTV. 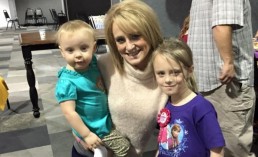 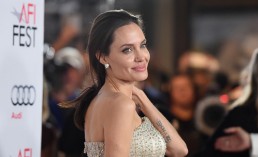