The high-rise tower in Dubai which is also considered as one of the tallest residential skyscrapers has been engulfed by fire Thursday night. However, the residents managed to escape the blaze while authorities are still investigating the cause of the fire.

ABC added that a fire ripped through the said high rise building located in Dubai while the residents were sleeping in the middle of the night. The blaze sent plumes of smoke into the air which led to the falling o some burning debris which is also dangerous to whoever is below the building.

This is the second time the Torch Tower is hit by fire because of last 2015, flames also shot up the sides of the residential tower in Dubai. With the incident that happened, hundreds of occupants were forced to leave. They even shared that they were sleeping and they just woke up to the fire alarm and most of them were already screaming.

As the residential skyscraper has been caught on fire, the residents managed to run down the stairs and it took them perhaps 10 minutes to reach the ground floor coming from the 50th floor. They also shared that the fire was bad and strong at about 1:00 A.M. but it started calming down after the next two hours.

It was also reported in The Guardian that the said building was safely evacuated as no reports came out that someone got injured. Moreover, the authorities and the officials are also investigating the incident since there was no immediate word with regards to the cause of the fire that engulfed the residential tower.

At 3:30 A.M (local time), the Civil Defense of Dubai announced that the fire was already under control. In addition, the official media office of Dubai also said that cooling operations are underway. The Torch Tower has been considered as one of the tallest residential towers in the world with more than 80 floors.

Latest reports claimed that more than 40 floors were burning on one side of the residential tower. When it was already declared as "fire out", the authorities shared a picture of the blackened and charred tower.

Moreover, the Dubai's officials said and assured that they are now working on providing and giving shelter to those who are affected by the fire that engulfed the residential tower. Meanwhile, the police managed to keep the people away from the falling debris as they cordoned off some blocks near the tower. 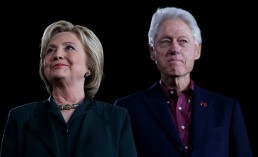