Jennifer Aniston just made a big revelation regarding her husband Justin Theroux and she seems to enjoy this. The actress just shared that Justin manscapes to the point that everything she puts on her face, he does the same for him.

Jennifer Aniston likewise claimed that she loves how Justin Theroux's keep his self properly groomed. With this, she mentioned that he kind of manscapes which she also actually enjoys. The actress really enjoys a nicely manscapes-d partner.

On the other hand, Justin Theroux also shared that Jennifer Aniston liked him well-groomed when he made his appearance on The Ellen Degeneres Show last April. Even with his facial hair, Jennifer also meddled like she wants Justin to grow this out for about a month then she will be like, he has to get rid of it.

Because this has something to do with keeping properly groomed, Jennifer Aniston shared some of the products that she and Justin Theroux are both using. According to the report, she loves to use Neutrogena soap, L'Oreal Lash out Mascara and face masks which she keeps using in a rotation. She said that there are many products available in the market then she mentioned that Charlotte Tilbury has one great product at the moment.

Meanwhile, Just Jared reported that Jennifer Aniston and Justin Theroux just celebrated their second wedding anniversary last August 5, 2017. With this special occasion, the Girl on the Train star posted a photo wherein Aniston looks at the camera which she is also giving him a kiss on the cheek.

Jennifer Aniston and Justin Theroux were married in a private wedding ceremony in their home in Los Angeles which included guests like Emily Blunt, Ellen DeGeneres, Chelsea Blunt, and John Krasinski. Theroux later shared that what made the affair so special was the presence of their family and closest friends. 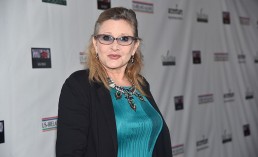 Carrie Fisher Passes On An Estate Worth $7 Million To Her Daughter Billie Lourd; Actress Memorabilia To Be Auctioned In September 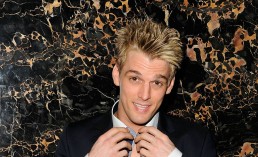 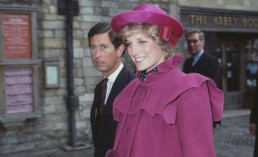